And as a small present I have a new installer 1.08 (ready. Biggest difference is that I removed the “3D Rims in mirrors” option because they are not right and all tries to correct them failed.
See the thread here: http://srmz.net/index.php?showtopic=10586&hl=rims
Stay tuned for more news 🙂

Finally I was able to start blender on my Notebook …

Because my notebook is some years old now I faced the problem that I could not launch Blender in Windows 8.1 with the integrated Intel Express 4 chipset. The integrated card has no real power in 3D but to start some learning in Blender I wished it would work …

Today I could search a bit and found this thread: http://www.eightforums.com/graphic-cards/37811-windows-8-1-mobile-intel-series-4-graphics-drivers-x64.html

Newer driver https://downloadcenter.intel.com/Detail_Desc.aspx?agr=Y&DwnldID=18402 and for 32-bit https://downloadcenter.intel.com/Detail_Desc.aspx?agr=Y&DwnldID=18400. These drivers are the last ones that may be installed on Windows 8/8.1 without having to disable driver signature enforcement or installing custom certificates. Just run the Setup.exe and you are good to go!

Attached is a picture 🙂 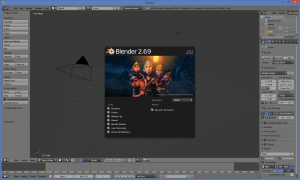 I’m still here. But I did a lot of other stuff lately. Lot of work as well as something with my back. Had a MRI yesterday and at least it’s nothing really to worry about. Phew.

Thanks for the requests however. Here’s my latest project 😉

it’s a while since I posted here and there might have happened a lot to GPL in this time. I had and have not much time at the moment for GPL. My business work keeps me busy which is the main reason while there is so little, to none, news on this blog.

Now, I will check the comments and will answer them if possible.

How to apply vSphere 5.1 ESXi patches to the free ESXi?

I could not find the updates first and then I was wondering how to apply them.

Here’s the way I used. I followed the guide from vland found here: http://www.vladan.fr/esxi-free-how-to-upgrade-to-esxi-5-1/
Login to the ESXi 5.1 host and check under Configuration/Software/Security Profile/Services/Properties if the SSH service is running. If not start it and consider if you let it run automatically. At least until you have applied all updates.
Next shutdown the running VMs.
Next download the updates from here: http://www.vmware.com/patchmgr/findPatch.portal
I downloaded 3 zip files from there: ESXi510-201210001.zip, ESXi510-201212001.zip and ESXi510-201303001.zip
Upload them with the vSphere client to the host. There are other ways to upload files but the vSphere client is OK.

Now use a SSH client and connect to the ESXi host with your credentials. I sue putty from here: http://www.chiark.greenend.org.uk/~sgtatham/putty/

Next run this command in the SSH session:

esxcli software vib install -d /vmfs/volumes/[DATASTORE]/[PATCH_FILE].zip
You can use TAB for completion of directory and filename 😉

Run the command and check the output:
It should show at the beginning that the update was successful and the box needs to be restarted. Restart and after the restart repeat for the other patches.
That should it be.

Still there and working :)

While I can’t report much about anything related to GPL, I had some interesting days doing some programming stuff.

Trying to deploy some files with Delphi 2007/2009 as a System Account on Windows Vista/Windows 7 clients I learnt why it can be bad to have such ‘old’ compilers. I had a log file and while my application was telling me that the file exist and that it could delete it, I wasn’t able to see it. Turned out to be a problem with virtualstore and UAC. If it’s not a signed binary this can happen. As most of you know I have a certificate but I was unable to find a way to tell the IDE to use this during build.

So I tried with C#/VB and had not this problem because I can use the certificate with the visual studio IDE. Nice. But doing file stuff as a SYSTEM account might go wrong. So I create a logfile and used StreamWriter for this. Easy to use but on some machines it was empty. Hmm. No open process and no errors in event log  Took me some time to realize that a write command does not write directly into the file but writes into a buffer. This buffer seems to have a size of 16K which is a lot for a log file. So if the program had an error it closed the process and the buffered data was not written to the file. Turned out that for this special case it was better to use the flush method of the StreamWriter to make sure that the information is written.

My base problem was that the program runs hidden without a gui so I need the log data. Now it seems to run 🙂

New PC arrived. The main reason for the new PC was to be able to run virtual machines which itself could act as a hypervisor for virtual machines. So I had chosen a HP pavilion with a Core i7 after asking if the virtualization features can be enabled. The PC comes with Windows 8 which is fine with me because GPL runs with it. So I installed VMware Workstation and then installed a evaluation of Windows 2012 Server and then activated the Hyper-V role. But to be able to run a Hypervisor in a VM I needed to edit the virtual machine configuration file (VMX).
I added those 3 lines to the end:

Now I could activate the Hyper-V role and install a hyper-v guest like a Server 2012 inside. Great 🙂

PS: Forget to run GPL as a VM for playing. Maybe it could be run as a server and I use the virtualization stuff mainly for testing customer stuff and my own for testing some Linux distributions as well as for some simple software testing 😉

While I had some other things to do, I was asked for some GPL related information and was once again confronted with OpenGL and drawing 2d text in GPL.

Enjoy and have fun with GPL and for sure greetings to your families and beloved !

GPL is an old application and likes his configuration files to be in ANSI format. Most of us are aware that the modern way to save text files use UTF-8 which is a no go for GPL.

Whoooooa! A mistake? An adventure?

The first: There’s UTF-8 and UTF-8. Strange? Yep. Some save UTF-8 with some special binary header bytes called BOM (byte order mark) and some don’t. So it’s easy to say if you find a file with those byte in front we have UTF-8.

Easy, or? But now the tricky part. We have a text file and save as UTF-8 without BOM. Now you don’t find the header bytes and where is the difference?

What? Ansi but I converted the text file to UTF-8 without BOM in Notepad++. Can’t be.